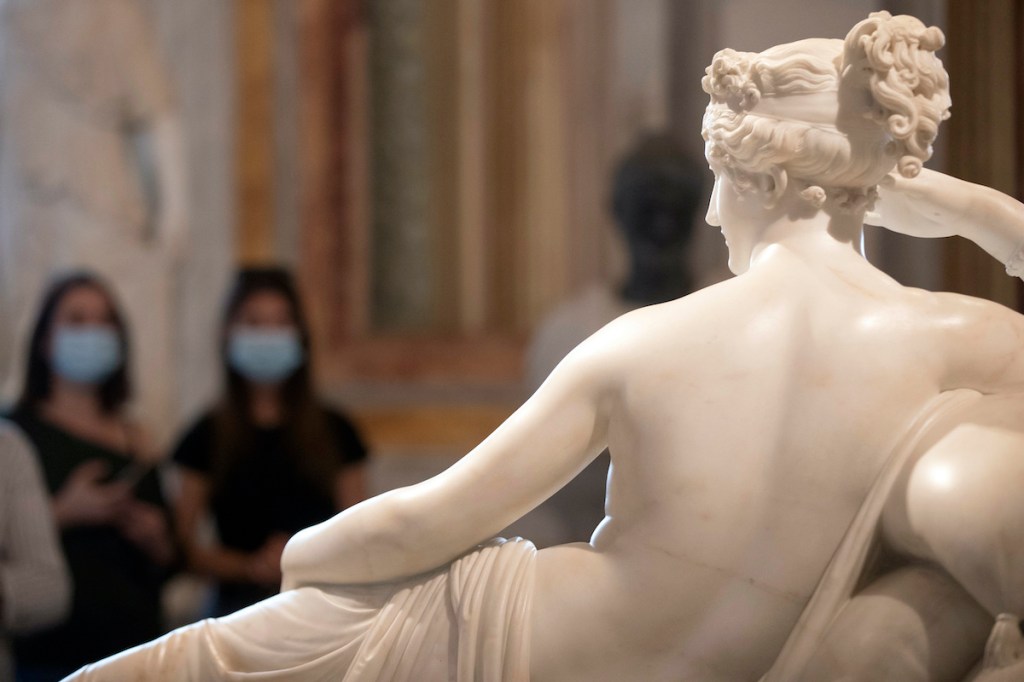 After damaging a sculpture by Italian Neoclassical artist Antonio Canova at the Museo Antonio Canova in Possagno, Italy, an Austrian tourist has turned himself in to authorities. The institution said in a post on its Facebook page that the visitor shared his identity in a letter to Canova Foundation president and critic Vittorio Sgarbi on August 4.

The damage to the work had been captured by surveillance footage at the museum. According to a report by the Art Newspaper, a court in the province of Treviso has not yet decided whether to press charges against the man.

In his letter, the tourist said that he exhibited “irresponsible behavior” when he “sat on the statue, without realizing the damage I evidently caused. I ask you for information on the steps that are necessary on my part in this very unpleasant situation for me and for which, firstly, I apologize in every way.”

A plaster model of Canova’s 19th-century marble sculpture Pauline Bonaparte as Venus Victrix, which is held in the permanent collection of the Galleria Borghese in Rome, was damaged when the visitor sat on the work while attempting to take a selfie. Two of the plaster sculpture’s toes broke off as a result of the visitor’s interaction with it on July 31.

The artwork depicts Napoleon Bonaparte’s sister as Venus, showing her reclining against two pillows on an ornate daybed. The Museo Antonio Canova has said that it is organizing restoration efforts for the plaster version of the work, whose broken pieces it has already collected.

The Battle Within The Battle: Federer's Second Serve v Nadal's ReturnOne of Rafael Nadal’s greatest strengths is to maul an opponent’s second serve until...
Read more

Patrol Mountain Bikes spot major E-Six upgrade with Shimano EP8 systemJust over a year ago, I was riding laps at the Besakih Bike Park...
Read more