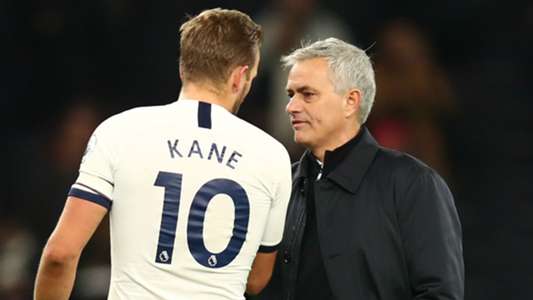 The striker returned from a hamstring injury suffered at the start of 2020 to help Spurs finish in sixth place in the Premier League, securing the north London club a spot in next season’s Europa League as a result.

Kane, 27, scored five goals in his final three outings to finish the campaign with 24 in all competitions, though he had sparked speculation over his future earlier in the year when admitting he would not stay at his boyhood club “for the sake of it”.

However, Van der Vaart – who spent two years with Spurs – believes Kane does not have to leave in his pursuit to win trophies.

“I hope he’s going to stay. Spurs have a great coach.

“It’s a club that want to be a championship winner, and the Champions League. They can also pay the money.

“For me, the best thing is for Harry to stay.”

While Van der Vaart wants Kane to continue in familiar surroundings, he is delighted to see a famous former Netherlands team-mate return to his roots.

Former Bayern Munich star Arjen Robben announced in July his decision to come out of retirement and sign a deal with Groningen – the club where the winger started his illustrious career.

“It’s great. I really love it, because I think it’s important for the Dutch league,” Van der Vaart said of Robben’s return.

“Robben is a great guy. He is so professional. He is still so fit. I always thought, ‘Why did he stop?’, because football is the best thing you can do.

“He stopped at Bayern Munich, but now it’s so important that he’s starting again and to go back home, to his former club.

“It’s going to be different. He’s always played for teams when, 80 per cent of the time, they were better than the opponent, but now you go to Groningen and maybe it’s 50-50. That is a different way of playing.”

Van der Vaart was speaking as part of this year’s Europa League Trophy Tour, which has been collecting football boots from fans for Syrian refugees based in Jordan.

No Luqman Hakim live on our channels yet, says RTM

No Luqman Hakim live on our channels yet, says RTM Malaysian football fans may need to wait a while before they get to watch...
Read more
Sport

Preview: Nadal, Djokovic Lead Push For Rome SFRafael Nadal flags “a couple of things” he needs to improve as his bid for a 10th...
Read more
Sport

Arteta admits he was worried Aubameyang would depart Arsenal

Arteta admits he was worried Aubameyang would depart Arsenal The Gunners captain's future did not always appear straightforward to resolve, according to their manager...
Read more

Toosii Breaks Down His ‘Poetic Pain’ and Collaborating with Summer Walker

Easy-Drinking Whiskey Cocktails to Toast the End of Summer

Toosii Breaks Down His ‘Poetic Pain’ and Collaborating with Summer Walker

Take Your Pup on a Walk with This Pawness Walk Kit

Take Your Pup on a Walk with This Pawness Walk KitEveryone with a dog knows that you spend a lot of time walking them...
Read more

Kale Soup - A One-Pot Meal!Kale soup is one of those year-round soups that are just as delicious and satisfying on a cold winter’s...
Read more