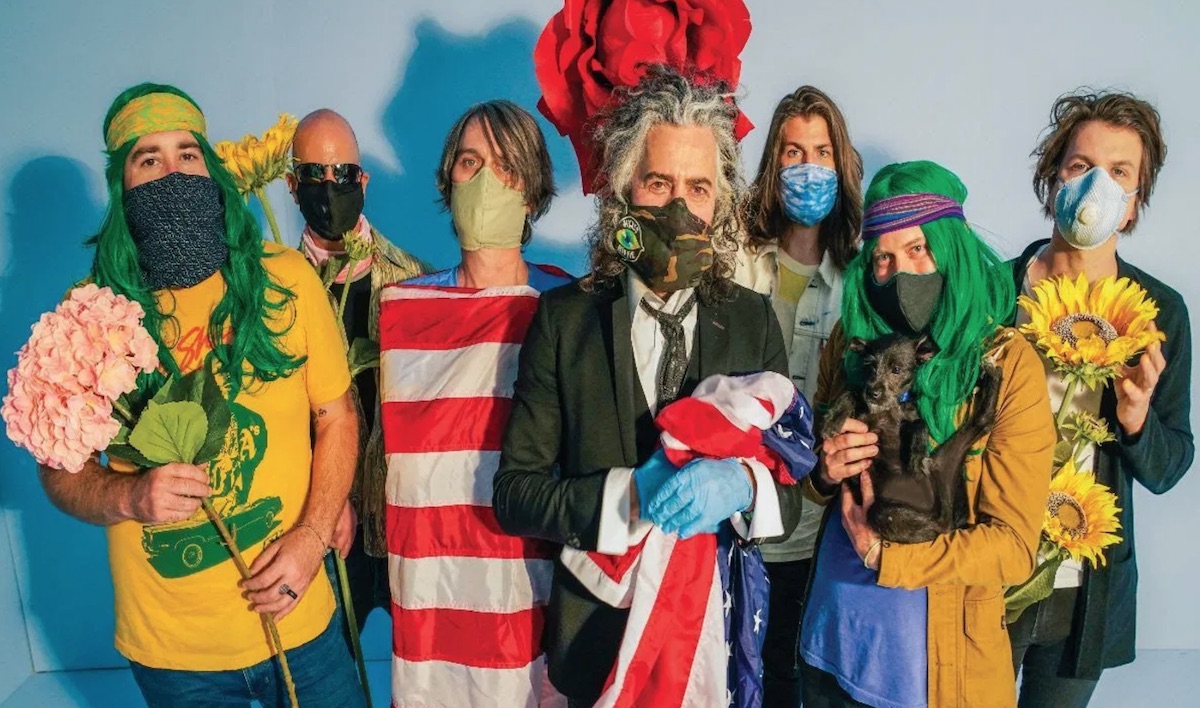 The Lowdown: Looking back now, it feels safe to say that the ’10s represent something of a lost decade in the long, strange journey of The Flaming Lips. After ushering in the new millennium with a pair of unlikely mid-career classics (1999’s The Soft Bulletin and 2002’s Yoshimi Battles the Pink Robots) and closing out the ’00s with unexpectedly muscular rock fanfare (2009’s Embryonic), Wayne Coyne and his merrymakers spent most of the next 10 years getting into tabloid feuds, recording scattershot side projects, and cosplaying as Miley Cyrus’ acid-casualty uncles.

The Flaming Lips records they did manage felt like dispatches relayed from a derelict space station, about sonic landscapes too grim (2013’s The Terror) or fried (2017’s Oczy Mlody) or daft (2019’s The King’s Mouth) to warrant revisiting. With all of that in mind, it’s easy to see why this quote from frontman Wayne Coyne in American Head’s press materials warranted intrigue: “For the first time in our musical life, we began to think of ourselves as ‘an American band.’” After a decade lost in space, The Flaming Lips were headed back to Earth. How would they feel about what they found?

The Good: If you’re looking for a record that sums up the state of the American Dream in 2020, you could do worse than American Head, which finds The Flaming Lips energized by elegies inspired by Coyne’s teen years in Oklahoma with “[his] older brothers and their drug-dealing biker friends.” Across the record’s 13 tracks, Coyne relives these times and, in the process, tackles the lure of nostalgia, the longing for escape, and the inevitability of aging and its effect on relationships with the fresh-eyed wonder of a man just awoken from a long, long slumber.

This rediscovery begins with the gentle repeated question that forms the title of opener “Will You Return / When You Come Down”. The song captures the sense of fragile mortality at the heart of Yoshimi and Soft Bulletin, this time made all the more powerful by the sense of lonesome aftermath that accompanies it. “All your friends are dead/ And they’re ghosts floating ’round your bed,” Coyne croons, his voice descending through a swirl of bittersweet keys and chimes and backing vox like distant radios. It’s the kind of devastation you want to experience again and again.

From there, American Head unfolds as a record about consequences, with Coyne offering a guide for living out the long years after a misspent youth. The results are intermittently breathtaking: “Dinosaurs on the Mountains” turns a half-remembered night on a family road trip into a mournful meditation on childhood innocence, “At the Movies on Quaaludes” reconstructs the warped sense of youthful possibility that fades with age and choices, and “Brother Eye” writes a devastating plea to a troubled sibling anchored by gut-wrenchingly desperate lines like “You were born/ And the dark was changed.” Throughout, Coyne resists drawing easy conclusions, content to remember, report, and wonder what it all meant right along with us.

Coyne’s revitalized confessional lyricism is matched and then some by the inventive, inviting arrangements from masterminds Steven Drozd, Dave Friedmann, and Scott Booker. American Head shimmers with sonic touches that often seem to mimic the natural world; you’ll catch the pulsing of fireflies on “Watching the Lightbugs Glow”, the concentric waves of raindrops in “God and the Policeman”, and even the subtle inhalations and exhalations of the lovers at the heart of “You n Me Sellin’ Weed”. They not only make the record feel like its own living entity, but heighten the tension of inorganic moments like the post-radioactive Morse code beeps that add sickbed sorrow to “Brother Eye” or the dayglo Four Horsemen gallop that revs up the early section of “Assassins of Youth”.

The Bad: Ear-catching production flourishes aside, American Head is a record defined and dominated by mid-tempo balladry. While that stripped-down foundation suits the material well in most cases, the uniformity of that relatively languid pace sometimes leaves the record feeling stretched past its 50-minute runtime. It also opens up the temptation to slide into mawkishness; neo-murder ballad “Mother, Please Don’t Be Sad” aspires to the same kind of profundity of classics like “Waiting on Superman” and “Do You Realize??” but instead gets lost in its own anodyne sentimentality. Coyne’s told this song’s story before (it’s sourced from the fateful armed robbery he experienced as a teen fry cook at Long John Silver’s) and in better ways than this.

The Verdict: The best records in The Flaming Lips catalog are the ones that find the balance between the band’s penchant for fried psychedelic whimsy and the uncanny tenderness that underpins Coyne’s songwriting. For the first time in nearly two decades, they’ve rediscovered this winning formula. As a result, American Head stands alongside The Soft Bulletin and Yoshimi Battles the Pink Robots as one of the very best records The Flaming Lips have recorded and should be required listening for anyone who’s gone on their own quarantine-induced walk down memory lane in search of a way to survive this year.

Essential Tracks: “Will You Return / When You Come Down”, “Dinosaurs on the Mountain”, and “Brother Eye”

Pick up a copy of The Flaming Lips’ American Head here.

METALLICA's Lars Ulrich on MOTÖRHEAD: "They United People"Motörhead were a lot of things to a lot of people, but ultimately were common ground among...
Read more
Music

Listen To The Chainsmokers’ First Score On A Feature Film, “Words on Bathroom Walls”

Tips for a Better Road Trip During COVID

Tips for a Better Road Trip During COVIDOf the many gloomy impacts of COVID—canceled travel, systemic uncertainty, furloughed and lost jobs, a hiatus from...
Read more

Stay Hydrated by Adding Electrolytes to the Mix

Stay Hydrated by Adding Electrolytes to the Mix“I have water. I’m good.” I hear this comment often, whether on the skin track, a bike...
Read more