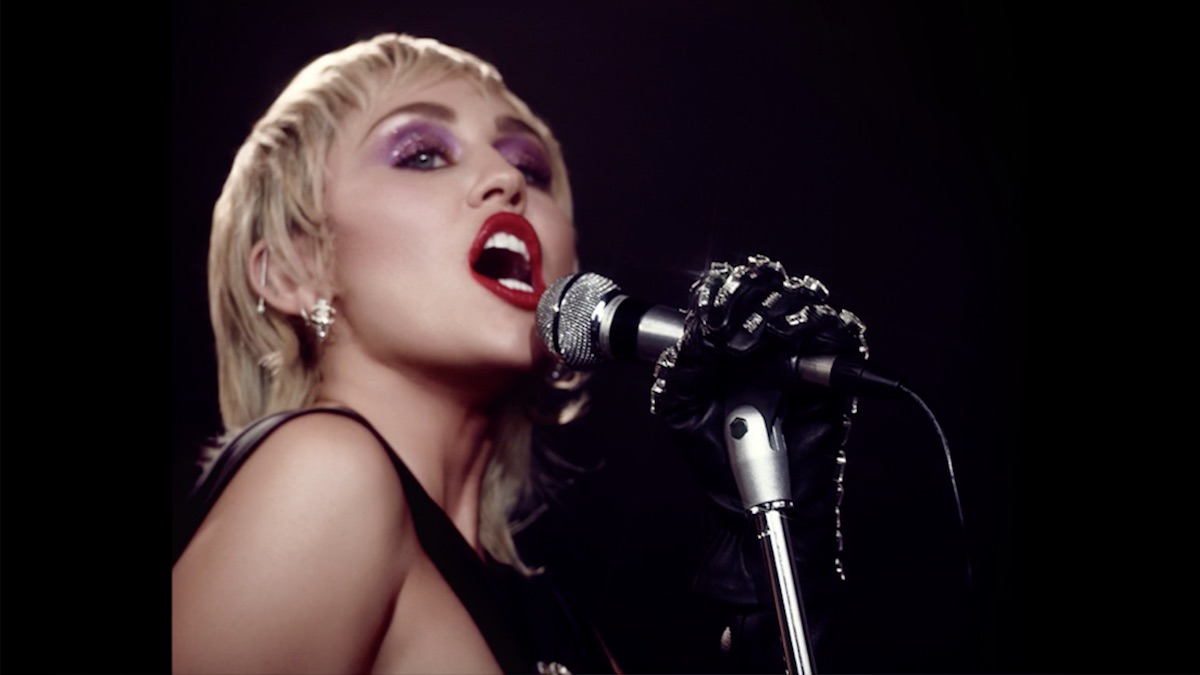 Miley Cyrus wants her new album to be “reflective” of the music she loves, which ranges from “Britney Spears to Metallica.”

The pop singer spoke about the forthcoming LP in an interview with French radio station NRJ. She suggested that her new song “Midnight Sky” is one interpretation of those musical ideas, saying, “I think the first single comes with a lot of pressure because it does kind of show everyone where you’re going.”

The combination of pop and metal ruled radio in the glam-rock heyday of the 1980s, and glam is certainly a reference for “Midnight Sky”. But it wouldn’t be a surprise if some other songs are wildly different. As Cyrus emphasized, she has wide musical taste. She said,

“But again, in my sets, I cover Britney Spears to Metallica, so my record will be reflective of who I am, which is just kind of all different pieces of inspiration and influence.”

The officially-unannounced project is the follow-up to her 2019 EP She Is Coming, and her first proper album since 2017’s Younger Now. Last month, Cyrus showed off her new Joan Jett haircut performing “Midnight Sky” at the 2020 MTV VMAs, and this week she brought that song and a cover of “Maneater” to Fallon. Later this year, she’ll be appearing on Dolly Parton’s new album A Holly Dolly Christmas. All of this activity comes after Cyrus made a lifestyle change — in June, she announced she’d gotten sober.

Editor’s Note: Stay safe by picking up one of our custom face masks. A portion of the proceeds will benefit MusiCares’ COVID-19 Artist Relief fund supporting independent musicians.

Devonté Hynes Details We Are Who We Are Score

Trump and campaign crowd appear to violate mask orderWhether the situation on the ground there helps him is an open question; the state still...
Read more

A Once On This Island Movie Is Coming To Disney+

A Once On This Island Movie Is Coming To Disney+Disney+ is continuing to make our musical dreams come true. Hot off its release of...
Read more