In yet another sign that the coronavirus pandemic is severely impacting even the largest of U.S. museums, the Metropolitan Museum of Art issued another round of layoffs on Wednesday morning. The museum laid off 79 employees and furloughed an additional 181 workers, citing a $150 million deficit expected to result from the Met’s months-long closure.

In a letter emailed to employees and obtained by ARTnews, the museum’s director Max Hollein and its president and CEO Daniel H. Weiss wrote, “Our goal has always been to minimize the impact of the financial crisis for our staff. We have sought to delay these actions as long as possible to support our staff in the face of significant economic distress and medical concern in the spring when the pandemic first struck. Unfortunately, with staff salaries comprising around 65 percent of our annual budget, we are confronted by the difficult reality that reducing the size of our workforce and furloughing additional staff is the responsible next step to address our urgent financial challenges.” 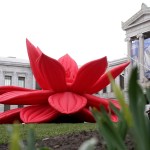 Included in the new round of layoffs are workers in the museum’s restaurants and its retail and admissions departments. According to Wednesday’s email, these employees will remain on payroll through August 29 and will receive health coverage through August 31.

In their letter, Hollein and Weiss said the furloughs are expected to last no longer than six months. Roughly three-quarters of those furloughed are part of a union at the museum. Additionally, Met leadership said that 93 workers had taken voluntary early-retirement offers.

This is the second round of layoffs issued by the Met since the museum closed to the public in mid-March. With this new round, the Met has now laid off a total of 160 employees—around 20 percent of the museum’s staff—since the pandemic began. When the first round was announced in April, Hollein and Weiss said they had each taken pay cuts of 20 percent and that 11 others in senior positions were forfeiting parts of their salary.

The news comes as the Met’s planned reopening later this summer continues to appear uncertain. The museum had initially announced plans for a possible reopening on August 29, pending the approval of city and state officials. (According to the museum’s plan, attendance would be capped at 25 percent of its usual numbers.) But last month, New York Governor Andrew Cuomo said that, as part of the fourth phase of New York City’s reopening plan, arts institutions would remain shuttered.

In a statement sent to ARTnews, Weiss said, “These last few months have presented many challenges for our museum, our community, and the world around us. We have worked to ensure that these painful staff reductions are distributed across the entire museum so that no one area or group is taking on an outsized burden. Nonetheless, we recognize that the museum that we will return to—whenever that may be—will be very different from what we left behind only six months ago. We face a difficult road ahead, but we are a strong and resilient institution doing work that matters a great deal.”

School Trip Ideas: What Places to VisitSchool trips can provide some of the best moments of your childhood. Being given the opportunity to go...
Read more

Hurricane Sally: Half a million left without power amid storm

Hurricane Sally: Half a million left without power amid storm ...
Read more

What I miss most about Solo Travel

What I miss most about Solo TravelFor years I have been booking a plane ticket on a whim. When something goes wrong, I go...
Read more