‘He deserves a statue’ – Real Madrid treatment of Bale is baffling, says Townsend

‘He deserves a statue’ – Real Madrid treatment of Bale is baffling, says Townsend 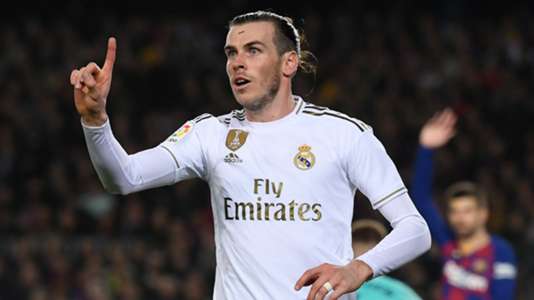 Gareth Bale’s former Tottenham team-mate Andros Townsend believes that Real Madrid should not be offloading the Wales star, they should be building him a statue instead.

Despite helping Los Blancos win four Champions League crowns, the Cardiff-born star has proven a polarising presence at the Bernabeu, largely because of behaviour that many fans feel has been outright disrespectful towards the club.

He has been accused of spending more time worrying about his golf handicap than his performance on the football field, while he was seen lounging around the stands, even pretending to be asleep, as Zinedine Zidane’s side charged to win La Liga last season following the coronavirus suspension.

Now, though, the suggestion is that the attacker could be on the move, with Manchester United and Tottenham eager to see him return to the Premier League.

He has earned the backing of former England man Townsend, who believes that the left-sided player still has much to offer.

“Normally I wouldn’t agree with the antics of Gareth Bale, what he was doing in the stands, playing golf and intentionally trying to annoy his employers,” he told ITV Sport.

“But what Gareth Bale has done for that football club… the goals in the Champions League final against Atletico Madrid, the two goals against Liverpool effectively winning them that Champions League, he deserves a statue.

“Instead, he’s abused by the fans, by the media, by the club.

“After all that, he agreed a move to China and then at the eleventh hour he got a call: ‘No, you’re not going, come back to Real Madrid, we want you here’.

“Then after all that, he’s still not playing, he’s still getting abuse, the club is still feeding things into the press.

“So I don’t blame him for the way he’s acting now and just giving up. He’s just sitting on his contract, but I’d like to see Gareth Bale back in the Premier League.

“He’s only 31, so he’s got many years to offer and he’s a world-class talent, so it would be great to see him getting back to what he does best.”