After two explosions shook Beirut’s waterfront neighborhoods yesterday, the city and its citizens are assessing the damage wrought by the blasts, which occurred at the country’s main port and killed more than 100 people, according to estimates released on Wednesday. While the causes of both explosions are still not known, officials are saying that the second resulted from 2,750 tons of ammonium nitrate stored in a warehouse near a port.

The city’s art scene has weathered major damage following the explosions, with at least one museum and multiple galleries sustaining broken walls and windows that knocked artworks on view out of place.

The Sursock Museum, a contemporary art institution that forms a key part of the city’s art scene, with major works by Etel Adnan, Saloua Raouda Choucair, and more in its holdings, faced some of the most serious damage. Sited just over a mile from where the blasts occurred, the Sursock Museum first opened in 1957 and underwent a significant renovation in 2015. 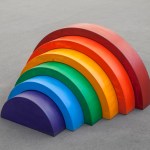 “The whole city has witnessed unprecedented damage, and Sursock is no exception,” a museum spokesperson said in an email to ARTnews. “The building has been damaged considerably, and we’re so thankful that the staff is safe.” Photographs that were posted to the museum’s Instagram story show the institution strewn with rubble, its artworks just barely left hanging on its walls.

Sfeir-Semler Gallery, which also operates a space in Hamburg, Germany, is also located near the blasts and likewise sustained significant damage. The explosion was so intense, it lodged glass in the gallery’s walls, and pieces of the building came apart. A representative for the gallery told ARTnews in an email that all of its staff was safe. “Our hearts are full of sorrow and we mourn for Beirut. Thanks to all who thought of us, sent a message, a note or a sign,” the gallery wrote on an Instagram.

ARTnews has also reached out to the Aïshti Foundation and Saleh Barakat Gallery to understand the impact of the explosions.

Facebook
Twitter
Pinterest
WhatsApp
Previous articleMetropolitan Museum Isssues Second Round of Layoffs and Furloughs, Reducing Staff by 20%
Next articleLive Nation Revenue Down 98% Due To Pandemic Shutdown

It’s a Neorealist World“The cinema,” claims screenwriter Cesare Zavattini, the chief theorist of what came to be known as Italian neorealism in the early 1950s,...
Read more

Jack Harlow Reveals His Top 5 Rappers 4 hours ago News Jack Harlow scored a top 5 hit with “WHATS POPPIN,” but who’s in his top 5? While his...
Read more

Teravail Tires now available for purchase online, local retailers get a cut of the profits

Teravail Tires now available for purchase online, local retailers get a cut of the profitsThe world of bicycle retail is continually changing, and with...
Read more